Joe Should Respect the Throne in Scotland, PA

Do you remember when I thought there were a lot of film adaptations of Hamlet?  Well, it turns out that number is nothing compared to the number of films made on Macbeth.  The adaptations started as early as 1916 and are still running strong.  Over the past 100 years, more than 15 film adaptations have been created.  That number doesn’t even include the amount of television shows based on the play, episodes with Macbeth as their title, or all of the times the play has been filmed for television. (See full list below.)  Many of these films are direct adaptations, but a few are creative twists on the traditional story.  These twists include: Joe MacBeth (1955), Throne of Blood (1957), Men of Respect (1990), and Scotland, PA (2001). 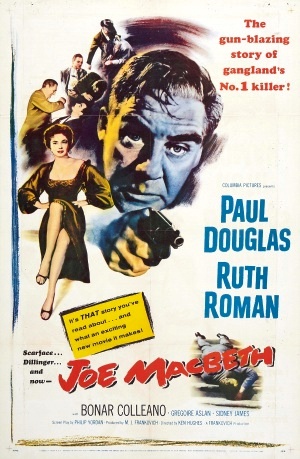 In this adaptation, we no longer are traipsing through dark castles in Scotland, but ducking through the alleyways as Lily MacBeth urges her husband to take down the top mob boss.  Starring in this movie is Paul Douglas as “Joe MacBeth” and Ruth Roman as “Lily MacBeth.” 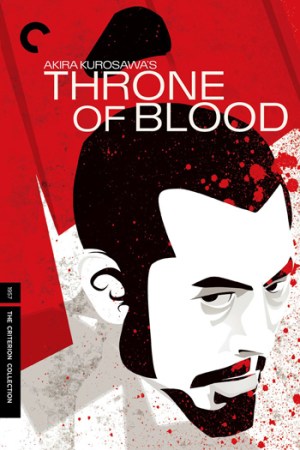 Highly regarded Japanese film, Throne of Blood, takes warrior Taketoti Washizu on the same journey of power and corruption that befell Macbeth.  Taking place in Japan, the characters are slightly different.  Instead of the Weird Sisters, there is a single seer who tells Washizu that he will one day be the Great Lord of the Spider’s Web Castle.  It might be a tragedy, but based on that description, I can see it appealing to a lot of little kids.  Maybe they’ll water it down and turn it into an anime…if they haven’t already. 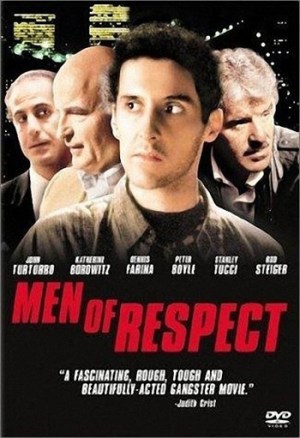 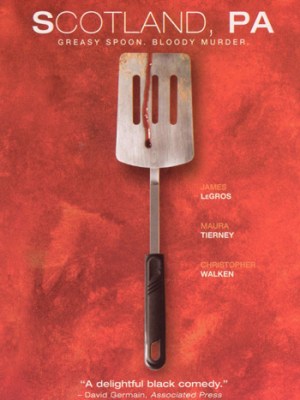 By far the most outlandish adaptation, Scotland, PA takes place in the greasy fast-food world.  Get this.  Whereas all the other adaptations are dramas, this one is labeled as a dark comedy.  The film stars James LeGros as disgruntled employee, “Joe ‘Mac’ Mcbeth,” Maura Tierney as “Pat McBeth,” James Rebhorn as café owner “Norm Duncan,” Kevin Corrgian as fry cook, “Anthony ‘Banko” Banconi,” and Christopher Walken as “Lieutenant Ernie McDuff.”  Swords are traded in for refrigerator doors and vats of sizzling oil.  Everyone loses their minds, and basically it sounds like the most ridiculous tragedy you’ll ever see.