What Fools We Mortals Be 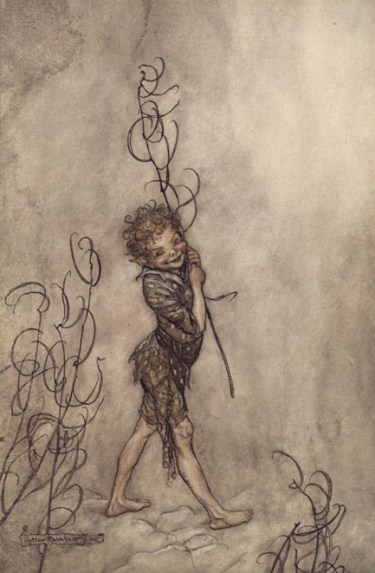 We all remember Puck from A Midsummer Night’s Dream.  What a little imp.  Well, actually, he isn’t quite an imp.  He’s more of a hobgoblin.  In fact, Puck is less a name than a species.  Throughout mythology, “Puck” is interchangeable with “Robin Goodfellow.”  The names come in different forms among various languages, but they all translate roughly to either “pixie” or “hobgoblin.”

Throughout A Midsummer Night’s Dream, poor Puck is given orders to put spells on people he doesn’t recognize and things go awry.  His willingness to perform, and then correct, shows his true obedience to King Oberon.  However, if you aren’t King of the Fairies, a puck may not be as obedient.  Pucks have a knack for being temperamental.  It’s said that they’ve been known to do some minor household chores if they take a liking to you, but the helpfulness stops as soon as you offend them. 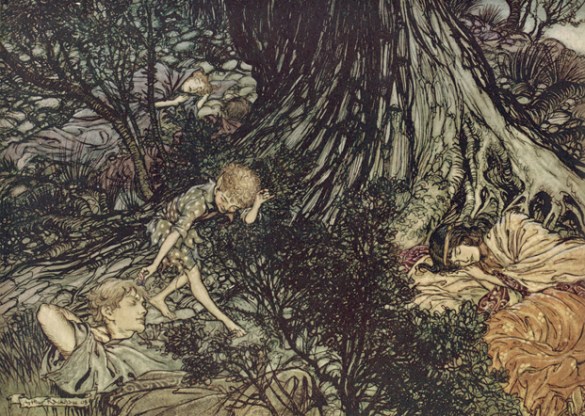 Jump on my train of thought for a second. I promise it ties in.

My family always loses socks.  It’s a common problem, really.  In our house, we call it the sock monster.  He lives in our dryer and sneaks around our basement where we do our laundry.  Two socks go into the dryer—only one comes out.  Currently, we have a garbage bag full of socks just waiting for their mates to return.  Along the lines of a “sock monster,” my mom also believes in the “little elves.” She detests cleaning, so whenever she gets a chance, she mutters about wishing the elves would come in at night while we’re sleeping to do the tidying for her.  After thinking about pucks, I’m pretty sure this is what happened: 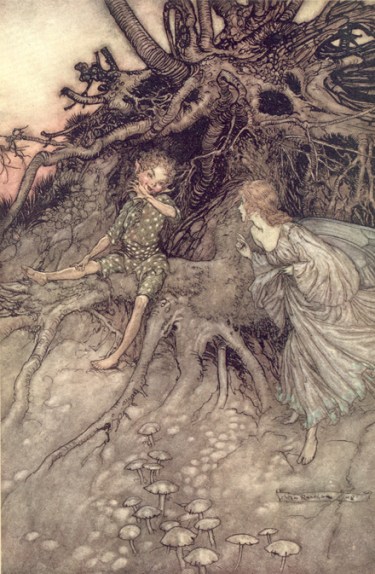 The pucks, or hobgoblins, were leaving us alone.  They were probably tired of helping out over the years, so they started minding their own business.  They were relaxing in their own homes and finally got around to reading the Harry Potter series.  The part where Dobby is given a sock and becomes free really stuck with them.  Although they had already self-proclaimed their freedom, when they got wind of my mom saying she wanted help from the elves, it probably just ticked them off.  (It’s probably not that uncommon of a plea, just like the sock problem is pretty common.  Do you see where I’m going with this yet?) They did not want to be taken for granted.  So, in a protest, they started coming into homes again. Not only were they not cleaning, but they started a rebellion by taking our socks!  They didn’t need to take whole pairs.  No.  They just need the one sock to be considered free… that, and they knew that just taking one sock is enough to be irritating and alert us humans that something isn’t quite right.  To this day, it’s probably a rite of passage in their culture to steal your sock.  Just imagine that 16- year old puck so excited to steal his very own human sock and be considered a free adult in his world! 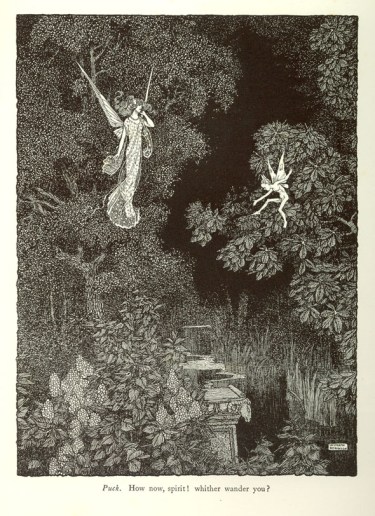 Needless to say, I think their days of housework and fixing flowery spells are long over.  Enjoy your mismatched socks or your cold foot. I don’t think this tradition of theirs is going anywhere.

If I have piqued your interest in further exploring A Midsummer Night’s Dream or mythology and the world of the fantastic on the broad spectrum in any way, know that our library is here to assist you. Our Shakespeare collection is extensive, but we also have many volumes on folklore, fairies, and other whimsical subjects. Our hours are Monday-Friday, 8am-5pm. Call us at 513.556.1959 or send us an email at archives@ucmail.uc.edu. Don’t forget to like our Facebook page at https://www.facebook.com/ArchivesRareBooksLibraryUniversityOfCincinnati/ where there is always something Shakespearean being posted.  You can also find us on Twitter at @ARBLibrary.