About the Barker Collection

Valentine Barker was a 1911 graduate of the Ohio Mechanics Institute comprehensive art program.  Works from his time as a student, and during his professional career were donated to University of Cincinnati by Barker's family.  Select works from the Barker Collection can be found on the Student Work and Advertisement Work pages.

Barker was born in Avondale, Ohio in 1890. While an OMI student he pursued commercial art working for Jones Sign Company and various retail stores in Cincinnati.

After graduation, Valentine worked as an illustrator for the Courier Journal and as designer calligrapher for Tinsley-Mayer Engravers, Louisville Kentucky. 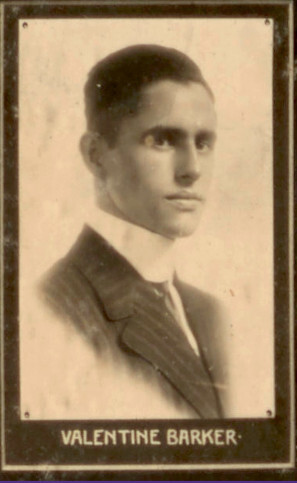 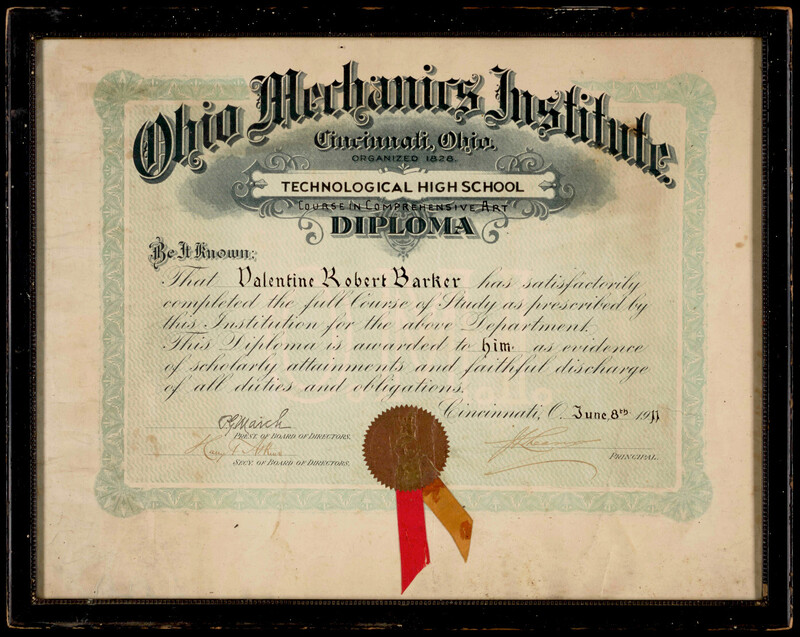 Graduation diploma awarded to Valentine Robert Barker for completing the Ohio Mechanics Institute for Comprehensive Art. The diploma was awarded in Cincinnati, Ohio in 1911. 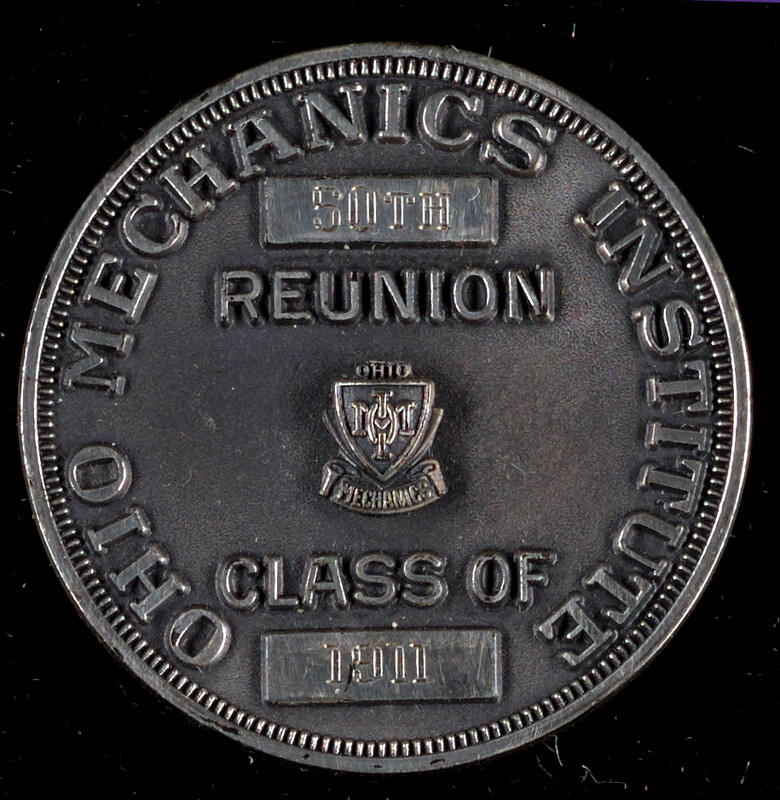 A commemorative medal for the Ohio Mechanics Institute's class of 1911's 50th reunion. 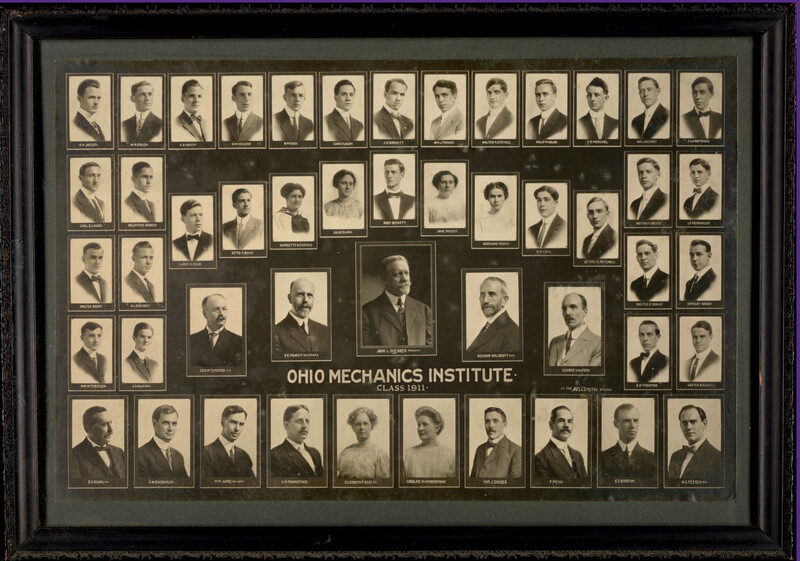 The composite photo for the graduating class of 1911 at the Ohio Mechanics Institute. Barker is the second photo from left in the second row from the top.

The Ohio Mechanics Institute (OMI) was founded in 1828 as a private educational institution and the first school west of the Alleghenies dedicated to technical education. The school began by offering free evening lectures to the the community [1]. OMI is a source institution for University of Cincinnati's College of Engineering and Applied Science. The institute became a vital technology resource boosting the Cincinnati economy during the early development of the city.

OMI operated exclusively as an evening college until 1901 when the school began to also offer full-time courses as a technical high school.  By the early 20th century, the school had general courses in architecture, mechanics, science, and applied art [2].  In 1919 the day courses were revised into collegiate programs and the school was renamed as the Ohio College of Applied Science [3].   OMI helped shape early education efforts in Cincinnati. 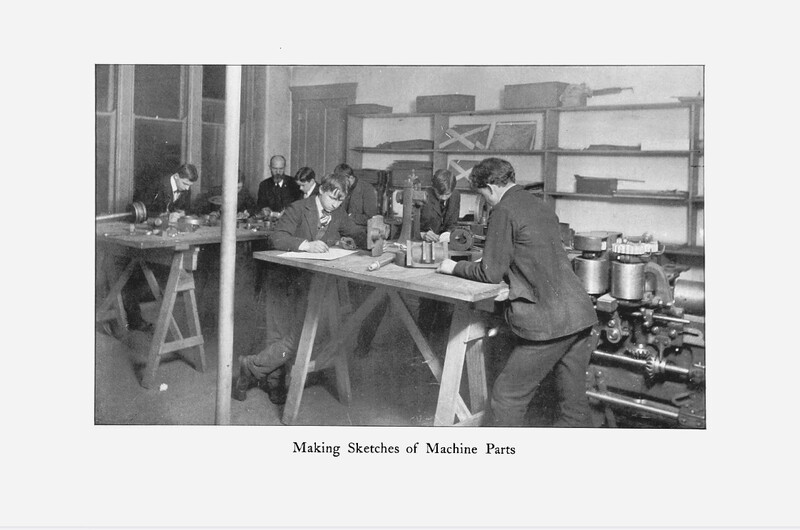 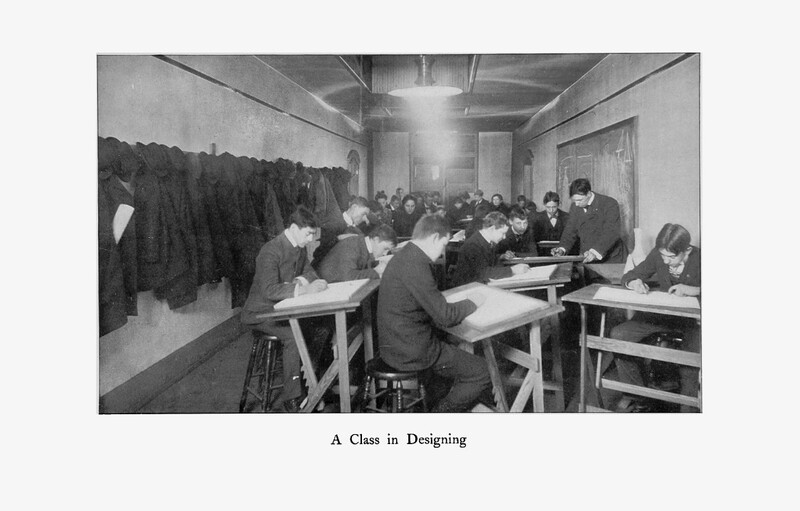 The Ohio Mechanics Institute building in 1908, located at 6th and Vine Streets in Cincinnati, Ohio.  This is the building where Barker would have attended classes.

For questions about the site contact a Science and Engineering librarian.