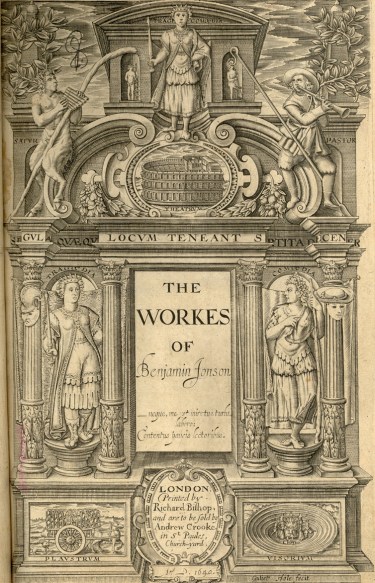 I was so confused.  For weeks, Kevin and I have been talking about the Jacobites.  –Before I get into this conversation, it’s extremely important for me to note that neither my grade school nor high school spent very much time on the subject of history.  We excelled in language arts, but not so much the stuff I would one day have to write about.—  So, Kevin recently showed me a collection we received from Virginius C. Hall on the Jacobites.  Not having any idea who they were, I looked them up.  The internet gave me the gist of information I would need to know, so between that and our collection I have been able to piece some things together—until today. 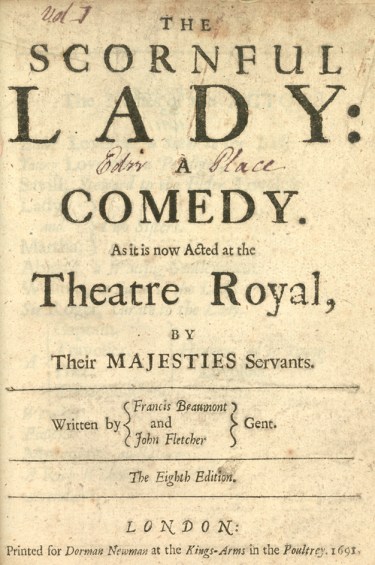 From the last blog you will note that the Jacobite uprising took place in 1745, with the beheadings in 1746.  Yesterday, Kevin handed me some papers with basic research on Jacobean theatre with the request that I look for some works in our collection done by common playwrights of the time.  Simple enough, but I started reading this stuff, and they were lumping Shakespeare in with these guys.  Now, it’s not that you need to keep up with my life, but I’m in charge of promoting our Shakespeare collection.  Even if I wasn’t, it would be pretty hard for me to ignore that he died 400 years ago—in 1616. But if the Jacobite uprising didn’t happen until 1745, why was Jacobean theatre listed as being from the period between 1567 and 1625?  Maybe, I was remembering the dates of the Jacobite rebellion wrong… 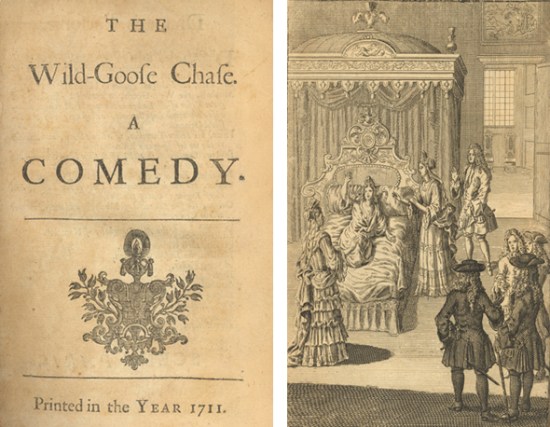 But I wasn’t.  I had no choice but to look into the matter.  Whereas this may be common knowledge to some of you, it wasn’t to me.  It turns out that the Jacobean Era and the Jacobites are two different things.  The Jacobean Era (the 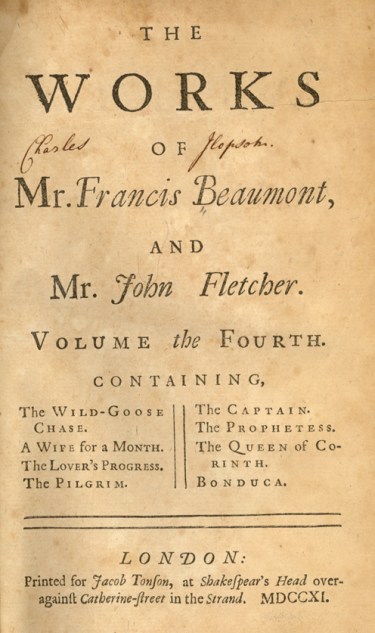 time the plays were produced) refers to the time during the reign of James VI of Scotland/I of England.  Jacobites come later, as Bonnie Prince Charlie attempts to reclaim the throne.  Now, the question you’re all wondering and probably why you’re reading this in the first place: Did I find Jacobean plays?  …Yes and no.

The famous playwrights of the time were (in no particular order): Shakespeare, John Marsten, Ben Jonson, Francis Beaumont, Thomas Heywood, John Ford, Thomas Dekker, Cyril Tourneur, Thomas Middleton, Thomas Nashe, George Chapman, and John Fletcher.  Our holdings include works from many of these famous names, but not necessarily works printed in the timeframe in which they were conceived.  Most of these plays have been republished with some form of commentary, or new editing.  Fortunately, there are some that are 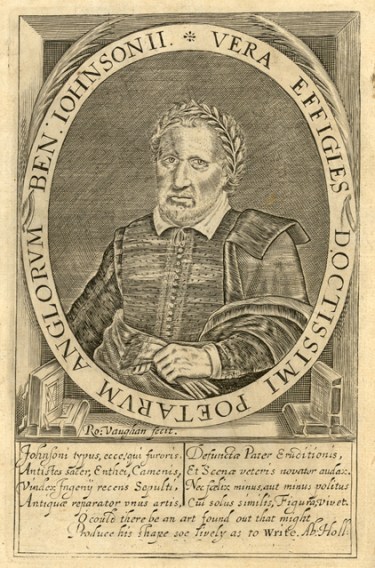 from the 17th century.  Most proudly, we present a book of the compiled works of Ben Jonson.  A large volume, this book contains an elaborate title page, as well as a portrait of Jonson himself.

The pictures shown are just a small representation of our collection.  If you find yourself wanting to come in to learn about the Jacobean Era, or the Jacobites, we have plenty for you.  Give us a call at 513.556.1959, find us on the web at http://www.libraries.uc.edu/arb.html,   or email us at archives@ucmail.uc.edu.  We are open Monday-Friday from 8am-5pm.  Don’t forget to check us out on Facebook  at https://www.facebook.com/ArchivesRareBooksLibraryUniversityOfCincinnati and follow us on Twitter @ARBLibrary.   And just so you know, forthcoming is a webpage for the Virginius C. Hall Jacobite Collection, you know, the rebellion.