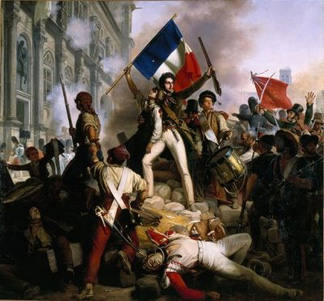 A few weeks ago, Kevin walks into my office and tells me that word on the street is people want me to write about the Jacobins.  After reading about the difference between Jacobites and the Jacobean Era, some people wanted to know if Jacobins had anything to do with either one of those. It all has to do with the recent donation of over 500 rare books on the Jacobites in Britain, providing a little context on what we have in the Archives & Rare Books Library and who all these Jackos or Jamesies are.

Well, to answer the question of Jacobins and Jacobites—NO!  Needless to say, I was utterly and completely (not) shocked.  I went to Wikipedia to gain some basic knowledge on Jacobins and this was the first thing I found: “This article is about the term ‘Jacobin’.  For the defunct French political society, see Jacobin. For the American political magazine, see Jacobin (magazine).  Not to be confused with Jacobitism or Jacobean era.”  Doesn’t it always make you feel better when you realize the whole world is confused?  What started out as a search for another historical group turned into an investigation of the French Revolution.

Jacobins, as they first came to be known, were members of the Jacobin Club, a name that would strike fear into your heart if you knew anything about them.  The club was formed during the French Revolution as an organization for political discourse and was named because they initially met on Rue de Saint-Jacques.  Members were generally of the higher ranks in society, but the occasional few slipped through the cracks of the system.  At the height of their membership in 1793, there existed over 5,000 sects of the club throughout France, holding roughly 500,000 members. 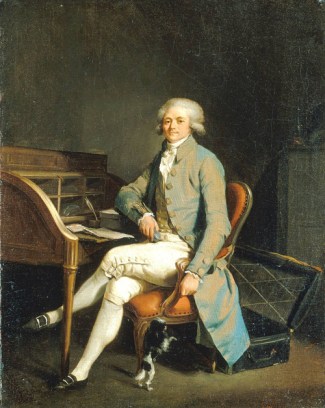 During that same time, the club fell largely under the influence of Maximillien Robespierre.  Under his direction, the club became increasingly violent.  They heavily supported the execution of Louis XVI.  Acting on that support, many members were active participants in the Reign of Terror—striking fear into, and punishing, those who opposed the revolution.  There were lots of guillotines and discord all throughout the land.  Because of these actions, the club is remembered as a left-winged group.

Today, the term “Jacobin” is still associated with leftist political views.  The title has stretched beyond France and into England. Even in America, the term has meaning.  Jacobin is the title of a New York-based, quarterly magazine that upholds left-wing politics.

One more mystery settled.  Please, let me know if you have any more “Jacob-“ -based terms you would like me to look into.  Before you ask, I’m not going to do P.I. work on your friend named Jacob or James.  If you would like to do some investigating into the Jacobites, the somewhat related Jacobean Era, or these completely unrelated Jacobins, you know where to find us.  We’re on the 8th floor of Blegen Library, Monday through Friday, 8:00 am-5:00 pm.  We can also be reached at 513.556.1959 or archives@ucmail.uc.edu to set up an appointment.   And, we have a pretty good Facebook page, http://www.libraries.uc.edu/arb.html